Vision is the Keyhole of Oblivion 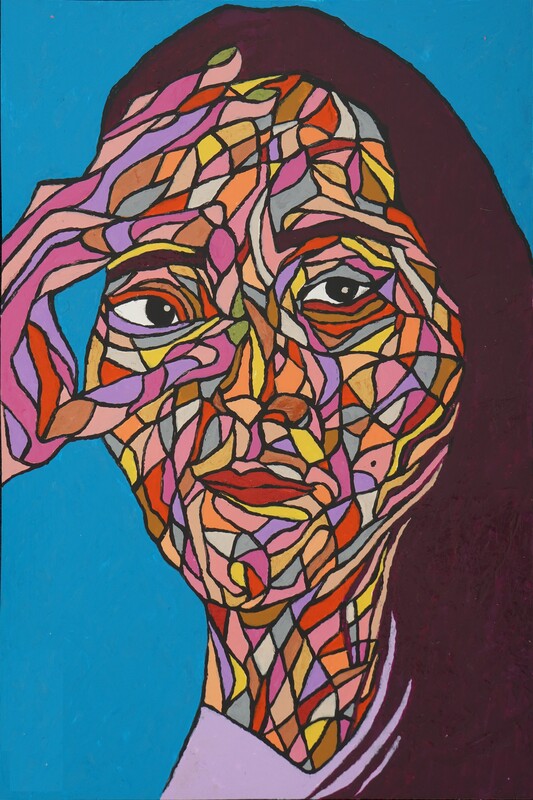 Matina Vossou is a self-taught artist living in Athens, Greece. She uses acrylics and a toothpick, a technique which she learned by her father, who was a naïve painter. She paints faces like perfectly unfinished mosaics of emotions and ideas. The skin is depicted cracked and light is illuminated from the inside. She believes that every face is a journey and probably looking at them is going to be our longest, most adventurous and knowledgeable trip. Her most recent participations were in Onboards Biennale in Antwerp, Belgium, in Emerging Scene in Dubai, UAE, in Artbox, (Urbanside Gallery in Zurich, Tana Art Place in Venice, Swissartexpo, also in Zurich) and in Expo Metro in the collective artwork, Downtown Los Angeles. She has exhibited her artworks in MADS Gallery in Milan. She has been featured in various art magazines. Except from painting, she also loves writing; her play “The Nothing of People” (a dystopian comedy) was published in Greek in 2018. You can see more of her artwork at: