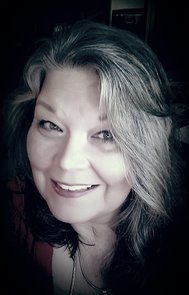 1. How does the act of writing poetry change your perception of the world around you?

Good question. For me, writing poetry forces me to look beyond the surface of everyday life and scrutinize the minutia. It took me a long time to recognize that one of the primary jobs of the poet is that of observer. Even the most mundane activities or objects can create some sort of mystery. Think of Neruda's "Ode to my Socks" or the odes of Sharon Olds, many of which reflect on ordinary, and sometimes startling objects (body parts, surgical procedures, taboo subjects, and even dirt). I wouldn't be surprised to learn that, like me, many poets have a notebook or other method of jotting down ideas when something that seems "poetry-worthy" shows up in their lives. For me, it is sometimes just a few words or a phrase; sometimes it is a complete scenario or image. Often, however, it takes several of these "poem starts" (as I call them) to create what I would consider a finished poem.

Of course, as we consider the world around us, nature comes to mind. The danger for beginning poets is to attempt to show only the beauty in nature. Unfortunately, beauty is only one layer of any subject. Again, Neruda comes to mind with his essay, "Toward an Impure Poetry." In it, he speaks of the worn out, the used up, the thrown away elements of the world that may hold more grace and glory than the perfect rose or newborn infant. I recall a monarch butterfly fallen to the concrete in a parking lot. It seemed perfect and whole. Then I realized the butterfly was moving. It as moving, but not on its own volition: an army of ants had borne it up and was carrying it to their underground pantry. Many people may have been disgusted, but I was fascinated with the idea that even in its death, the butterfly was beautiful. Now I need to go into my poetry graveyard of "poem starts" and finish that poem.

"Let that be the poetry we search for: worn with the hand's obligations, as by acids, steeped in sweat and in smoke, smelling of the lilies and urine, spattered diversely by the trades that we live by, inside the law or beyond it." ~~ Pablo Neruda

2. What is the importance of reading and writing poetry in the 21st century?

It seems that poetry is becoming increasingly important for all of us, both poets and the readers of poems, the further we move into the 21st Century. It was synchronicity for me to really start taking my poetry serious at the beginning of this century. I spent the summers of 2000 and 2001 at Harvard, taking writing courses, including a poetry course taught by the great poet and teacher, Bruce Smith. Those sixteen weeks literally changed my life. I was engrossed in my own writing and reading great contemporary poets. I was accepted into a wonderful MFA program (New England College) to begin in January 2002. Then 9/11 happened. I sat that night in my beautiful home in Illinois, a home I would voluntarily abandon in a few months, writing poetry and reading what others were writing in that immediacy. Poetry, at its best, is connection.

We all slogged through the following years of lies from our government. I was writing poetry for a degree; I had plenty of material. In January 2003, with other poets and writers, I signed a petition to stop our country from going to war, as the rhetoric of "weapons of mass destruction" continued. In February of that year, poet Sam Hamill created the Poets Against the War website. Within a few weeks, there were more than 10,000 poems posted there. Then on March 19, 2003, our country formally entered into yet another unnecessary armed conflict. The poets responded: soon there were nearly 25,000 poems of protest there for the world to read. Poetry is at the front lines and has been for every war, in every place people are held down.

Of course, with the total denial of human and women's rights, environmental issues, foreign diplomacy, and what is best for our children by the current administration, poetry is becoming critical. Recently, poems such as "Good Bones" (Maggie Smith) and the hot-off-the-Rattle Poetry-press, "How to Unpack a Bomb Vest" written following the Manchester, England attack following a rock concert (Matt Hohner). Most recently, Micah David-Cole Fletcher, the surviving victim of the Portland Oregon train attack, who wrote poetry from his hospital bed. Now, with social media, a poem can travel the globe in seconds, as these and other recent works have done. Poetry counts.

"I am remembering somewhere else/ in another age or someone not seen/ for years and never to be seen again/ in this world and it seems that I cherish/ only now a joy I was not aware of/ when it was here although it remains/ out of reach and will not be caught or named/ or called back and if I could make it stay/ as I want to it would turn to pain."  W.S. Merwin, from "One of the Butterflies"

There are many lines of poetry I love, each for a different reason. This excerpt, however, reminds me of what poetry is made: some intangible image or memory that, although we recognize it, is impossible to capture or recreate. Merwin is the master of such. I first read his book Vixen as an MFA student. I was sitting at a booth in the local Chapel Hill Whole Foods, weeping openly, sobbing by the time I closed the book. I've seen people moved by my poetry at times. It's not that I want to make the listeners feel bad or tear up, but if I can feel a senses of yes in the audience, I feel my poetry is doing at least some of the work I expect.