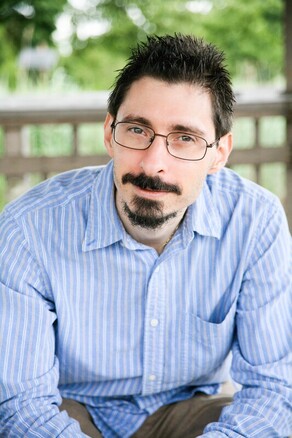 1. How does nature root you in creativity?

I think the best metaphors we have for speaking about the soul or our humanity are images of nature. We are intimately connected to nature. The poet Richard Wilbur may have said it best in his poem “Advice to a Prophet,”

What should we be without
The dolphin’s arc, the dove’s return,

These things in which we have seen ourselves and spoken?

This is the language we have for speaking about the most important issues. Also, nature is rhythmic and generative. It is a mother of form and music, hence the ancient ideas of the music of the spheres and what was called the great chain of being. That is music and form. And when we allow ourselves to listen to the rhythms and associative playfulness that we are rooted in, that we are born into, we will find ourselves building, inventing, bringing forth all kinds of surprising things.

2. How do you overcome fallow spells in the creative process?

Every tactic for getting through dry spells has to do with locking the editor away for a bit. We all need the editor, but he sometimes meddles in the generative process and he has no business there. One way for me is to read those poets that excite me, get me thinking. I often find as I read a poet that’s deeply engaging, lines or images pop into my head and I jot them down in the flyleaf of the book or in a notebook I carry everywhere with me. Another thing that helps me is to read the surrealists—poets like Robert Desnos, Césare Aimé, Paul Éluard and others. Their imaginative peculiarities often spark my own imaginative leaps, pushing me out of the doldrums.

Another thing I now recommend is something a fellow poet and I have called “trading fours.” This is a jazz term we’ve pilfered to name what we do and have been doing for about a year and a half now. It’s only to generate new work, not finished, fully edited poems. It starts with one of us sending the other a poem, a new poem that is written in maybe 15 minutes. The one who receives the poem then takes an image, a line, a phrase, or even just a theme or rhythm from the poem and, in one sitting (maybe 15 to 30 minutes), writes a poem, sort of riffing off it. We send that back and they respond in kind, and we continue sending these back and forth. Sometimes the poem is nearly perfect as is, other times I wind up with a couplet I know is a gem, but the rest of the poem is merely a placeholder for something I have yet to find the words for. Then the editing begins. But this process keeps me constantly writing. And I would highly recommend it to fellow poets, especially for those who are suffering a dry spell.

There are also many fantastic books out there that are full of amazing prompts, craft tips, and basic writing advice. My publisher, Terrapin Books, has a 4th craft book coming out called The Strategic Poet. I’d highly recommend it and any of the previous books: The Crafty Poet, The Crafty Poet II, and The Practicing Poet. All of these are full of techniques for jump starting our writing.

3. What is your favorite line of poetry, and why?

This is a difficult question because so many lines resonant through the mind and for many different reasons. Sometimes they distill some experience or insight to a kind of emotional punch. Sometimes they give images to something we have only inarticulately sensed—that local habitation Shakespeare said the poet’s pen gives to airy nothing. Sometimes they transform a common experience into something startlingly new. But I guess I’ll settle on sharing this one from Derek Walcott which has never left me: “At the end of this sentence, rain will begin.” It’s the opening line to section one of his poem “Map of the World.” The first time I read it, I paused at the end, and held my breath, listening for the first drops tapping the window. These words hold an immediate connection between language and nature, between language and the reality we perceive. It sizzles with the power of poetry to conjure and evoke, to call forth from the mere act of utterance. And this is a poem about Homer or his birth as a poet, and at the end of the poem he doesn’t pick up a lyre, instead, he “picks up the rain/and plucks the first line of the Odyssey.” Again, the poet is intimately connected to nature, which is embodied in the rain. He plays nature to create song and the reality of a story that has been archetypal for centuries of readers. But that first line contains this unity between the perception of reality and the poet’s song. Ultimately, this is how I find nature as a subject in poetry: it’s a means not merely to understand nature as some separate thing, but to understand our humanity: its complexity, its paradoxes, and rhythms—as intimately united to nature and articulated in a language that defines our reality.

Poetry Preview:
Earth's Name
by Michael T. Young
It’s not simply the dirt or the peony rupturing it.
It goes deeper down but also higher up than that.

Once, when a bat’s wing caught a wave as he curved
toward a water strider, I heard it plume the lake.

But the next day when I sat under a tree, reading,
the roots knuckling me added to that stem.

Though it was not something merely grounded.
My foot sticking out from under the shade,

grew warm in the translation of another word for it,
traveler from the country of fire. Later,

as clouds shaped the day, their parenthetical
floated a prefix that lifted its identity into thin air.

I breathed deeply, and remembered who I am.

Michael T. Young’s third full-length collection, The Infinite Doctrine of Water, was longlisted for the Julie Suk Award. He received a Fellowship from the New Jersey State Council on the Arts. His chapbook, Living in the Counterpoint, received the Jean Pedrick Chapbook Award. His poetry has been featured on Verse Daily and The Writer’s Almanac. It has also appeared in numerous journals including Cimarron Review, Gargoyle Magazine, One, Rattle, and Valparaiso Poetry Review.