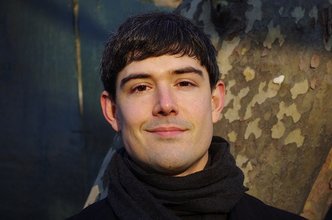 1. What is the most important advice you have been given as a poet?

Well, there's positive and negative advice. In the negative, the best advice I ever received was: don't become a poet. Seriously. If I could have taken the advice, or if the seed the advice planted had ever taken root, it would have pushed me out of the art, and I would have known that my devotion wasn't wholehearted, and I don't think poetry or the creatures and forces poetry serves deserve anything less than full commitment, surrender even.

Now the person who gave me this advice was also the person who recommended that I read Rilke's Letters to a Young Poet, and those letters, above all else, were responsible for shaping my early understanding of the art and what it would require of me: that to do this, to do it well and with an integrity I would stand behind, would require my whole life. So in a sense, that teacher gave me both the best positive and best negative advice, though I think his attempt at the negative was due to his sense that I'd already made the vow, and that I was in for a rough ride. Which I was. And am. But who wants a placid river without a rapid to stir up some froth?

2. How do you nourish your creativity?

To be glib for a moment, how isn't creativity nourished? I mean if experience is the palette, and one's blood is the paint, it seems to me that every moment and aspect of the lived experience, both conscious and un-, are entering, mixing, separating, recombining, refining and otherwise transforming the contents of one's inner inkwell into a more potent and palpable essence. That probably sounds too esoteric before coffee.

What I mean is, there's a sense in which one's art, whether it's poetry, music, painting or the embodiment of an ecological ethos, consumes one's entire life, and the creative act becomes not something one moves into and out of, but a way of moving in the world, as the world, something one is always inhabiting and participating in. And notions of will and agency aside, that's what I think we're doing here: participating in creation. Sometimes as pigment, sometimes as canvas receiving pigment, sometimes as a brush in an artist's hand, moving with the hand, yet exhibiting a character of the brush's own.

And so if one develops this sort of always-on receptivity, an ingrained meditation or embrace of whatever arises, then anything can be seen and felt as nourishment: the tastes of experience we like, and the ones we don't, and the ones we don't even realize are happening. Putting this back into the context of poetry, the poet Joy Harjo captures it far more succinctly in the phrase "writing is about a tenth of what poetry is." But let me give you some simple answers. What nourishes my creative wellspring? Reading, writing, loving and failing at love and loving harder, simply being alive, and simply being, life included.

3. Who are other writers that have helped to shape your own creativity, and how?

Well, there are influences of course: Rilke, Rumi, Hafiz, Ikkyu, Tu Fu, Basho; T.S. Eliot, William Bronk, Edmond Jabes, Rosmarie Waldrop; Richard Hugo, Hayden Carruth, John Haines; Joy Harjo, Eleanor Wilner, Mei-Mei Berssenbrugge, Wislawa Szymborska. And teachers: Loren-Paul Caplin, who first helped me to get my bearings (and giver of the advice above); Ashley Wood, who taught me to trust my voice, or voices as the case may be, and that the heart-honed truth can bulldoze fancy footwork nine times out of ten; Mazie and Bob O'Hearn, who helped me learn to dance with spontaneity and without attachment to the words (try writing in the surface of a river sometime); Lisa Jarnot, who helped me realize I needed to keep pushing and pushing past every perceived achievement and that the spirit of the art would always be three steps ahead, saying come forward, come forward.

But the writer who had and continues to have the most radical impact on my work, my thought and my way of being is Wendell Berry. I was writing highly experimental rubbish when I ran into his work and, to put it bluntly, it shut me up. Made me go quiet inside, so quiet I don't think I wrote a lick for months, though poetry was still happening in the undercurrent. Quiet, but attentive and searching, affectionate and increasingly perceiving as if, under the spell of his work, he'd magnified the power of my senses. It made me investigate what I was doing with this force, this river of words that has real power and real impact not only in people's lives, but in the lives and systems people inhabit, namely life and earth itself. And it made me question what I wanted to do with my abilities, to consider the overall arc of my responsibility to the art and the planet. And the answer, the answer was to serve them as a good shepherd of the word. To attend to the word as an animate force in need of stewardship and care. In essence, to be a movement of the earth in service of our, and its, health.