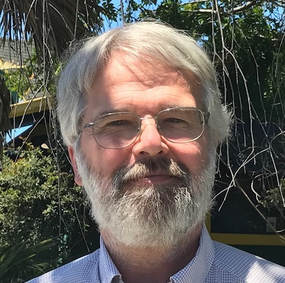 1. How does writing poetry nourish your creativity and center you?

My mind races, a stream. But poetry has line breaks, and that is continual reminder to me to focus on a word, a phrase, a breath, a story. We begin and end life as the poem described pricked and scored, but there comes a wonderful peace, a centering, when we are held physically as well as when enchanted. How much a line break in a poem, an image, an analog, slows my tempo, a rest stop in music brings me to focus on a note, and a slow breath brings me peace, resilience.

I often write in the twilight of morning or at night, transitional times. I write for that illumination that occurs when things are on the verge. It’s when I learn, when the race ends, watching one thing ebb and another flow and feel the same in myself.

2. What is the most important advice you have been given as a poet?

My father told me, to encourage my chores as a teenager, that “the sweep of speech should include the genuine broom.” That has stuck with me. It wasn’t simply writing about a tree, but planting them. It was enough to write about the homeless, but serving them. It wasn’t enough to say I loved, but to show the actions of love.

The line is from Jim Harrison’s Kooser called from Nebraska to say he’d found… The poem starts that Ted Kooser found a cinder from an old steam train on a railroad track from a time their fathers were stoking coal to feed a furnace, and then shifts to Harrison’s attraction to trains. The line is the closing line to the poem, and can stand by itself.

A cinder is a remnant of fire by coal, what we now disparage, but to Harrison a cinder was an honoring of the past, of power, travel, and beauty. The line reminds me to be a spent life.

Jeff Burt lives in Santa Cruz County, California, with his wife and a July abundance of plums. He works in mental health. He has work in The Monarch Review, LitBreak, Spry, Rabid Oak, NatureWriting, and won the 2017 Cold Mountain Review Poetry Prize.